We establish local and global well-posedness of the 2D dissipative quasigeostrophic equation in critical mixed norm Lebesgue spaces. The result demonstrates the persistence of the anisotropic behavior of the initial data under the evolution of the 2D dissipative quasi-geostrophic equation. The phenomenon is a priori nontrivial due to the nonlocal structure of the equation. Our approach is based on Kato's method using Picard's interation, which can be apdated to the multi-dimensional case and other nonlinear non-local equations. We develop time decay estimates for solutions of fractional heat equation in mixed norm Lebesgue spaces that could be useful for other problems.

Inside the Light Boojums: a Journey to the Land of Boundary Defects

We consider minimizers of the energy

in a two-dimensional domain $\Omega$, with weak anchoring potential

This functional was previously derived as a thin-film limit of the Landau-de Gennes energy, assuming weak anchoring on the boundary favoring a nematic director lying along a cone of fixed aperture, centered at the normal vector to the boundary.

Some Estimates of Bilinear Hausdorff Operators on Stratified Groups

In this paper, we give four kinds of sharp estimates of two variants of bilinear Hausdorff operators on stratified groups, involving weighted Lebesgue spaces, classical Morrey spaces and central Morrey spaces. Meanwhile, some necessary and sufficient conditions of boundness are obtained.

In this paper, study of direct result for a summation-integral type modification of Szász-Mirakjan operators is carried out. Calculation of moments, density result and a Voronvskaja-type result are also obtained.

On Sharpening of a Theorem of Ankeny and Rivlin 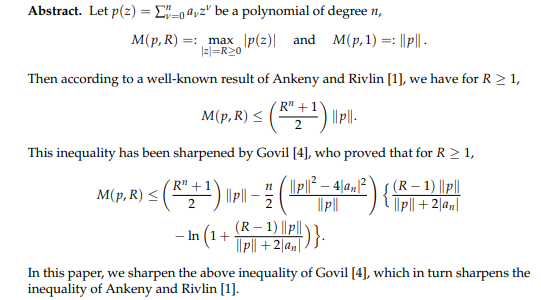 This server could not verify that you are authorized to access the document requested. Either you supplied the wrong credentials (e.g., bad password), or your browser doesn't understand how to supply the credentials required.

Apache/2.2.15 (CentOS) Server at www.global-sci.org Port 80
The citation has been copied to your clipboard
Copy to clipboard
BibteX RIS TXT
×